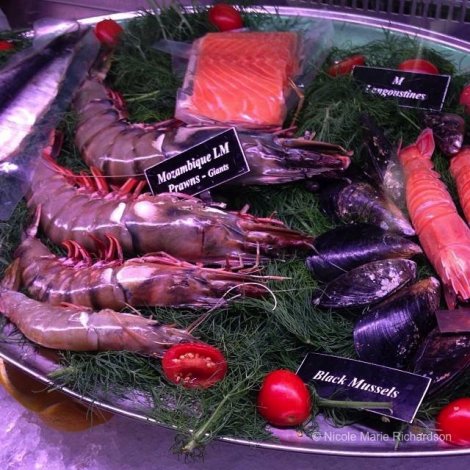 When me and the girls arrived in Cape Town famished after nearly 20 hours of travel, the first question we asked was, “Where can we get some good food to eat around here?” The answer time and time again was the V&A Waterfront. 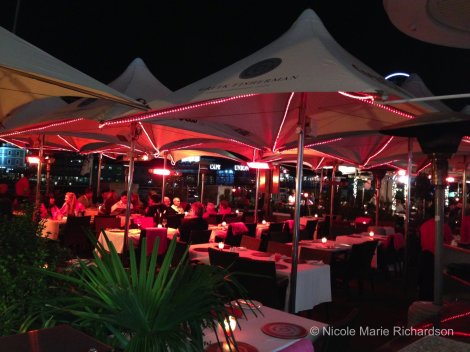 The Waterfront is a huge piece of expensive real estate, wedged between the sea and Table Mountain, that houses shops, restaurants, bars, office buildings, luxury apartments, hotels, a hospital, the Nelson Mandela Gateway (which offers boat trips to Robben Island), as well as the Two Oceans Aquarium and Chavonnes Battery museum. 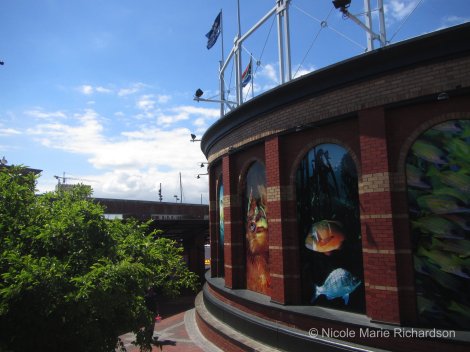 So you can see why it’s South Africa’s most-visited destination, having the highest rate of foreign tourists of any attraction in the country, according to Wikipedia. 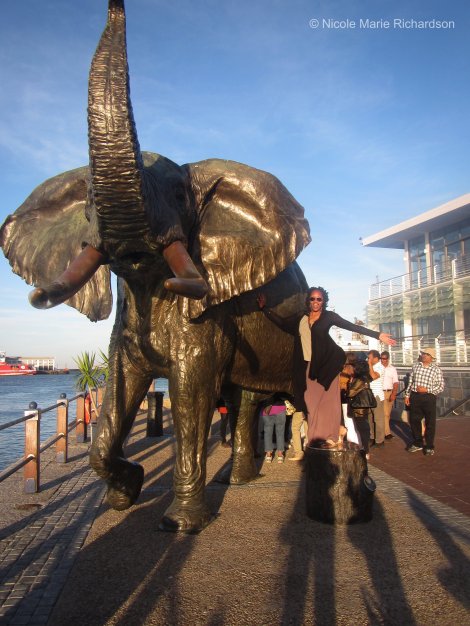 The night we arrived me and the girls attempted to walk there from our hotel, The Protea – Presidential. Our Smartours adviser told us that the walk would take about an hour, but an hour into it our stomachs were growling and our feet were hurting, and we still were not there. So we jumped into the first car whose driver was willing to give us a ride (dangerous I know, but at least the car appeared to be a hotel shuttle). 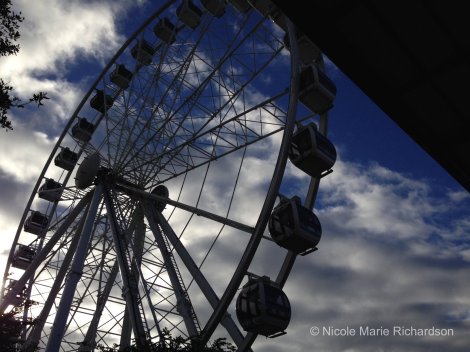 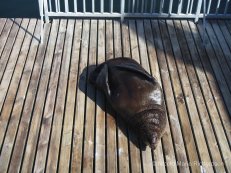 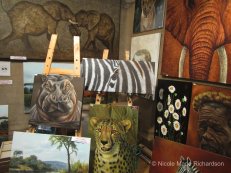 What we found when we arrived was a mall filled with many American-like stores, a massive Brooklynesque craft market, a huge Ferris wheel, and more restaurants lining the water than I could count. We ended up at Karibu, which serves traditional South African dishes, and, boy did we pig out! The food was amazing and I tried ostrich meat for the first time.

We ended up eating at the Waterfront for either lunch or dinner everyday, not to mention shopping at the craft market and boutiques. There were always bands playing live music and packed bars, making for a great party scene, especially in the evening. 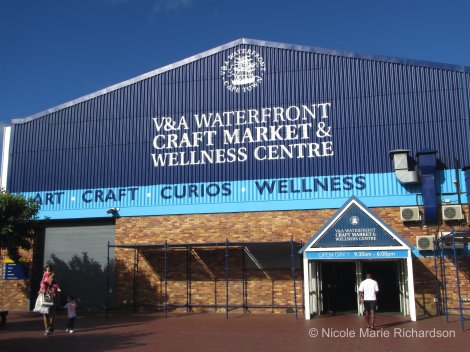 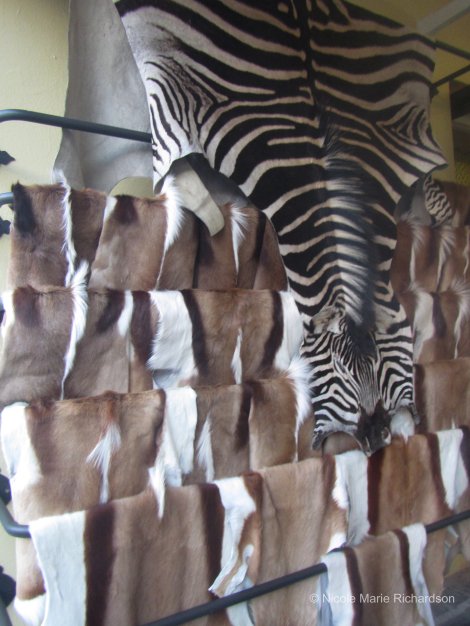 The Waterfront was also the main departure point for the City Sightseeing Hop-On Hop-Off. There we were also able to catch the Riverboat Tour offered by the same company (it was cheap, but still not worth the money). But what I did learn on the riverboat was the number of celebrities that have shelled out millions to live in this coveted slice of real estate heaven. Beautiful luxury apartments line the man-made canal that snakes behind the furthest section of the Waterfront. 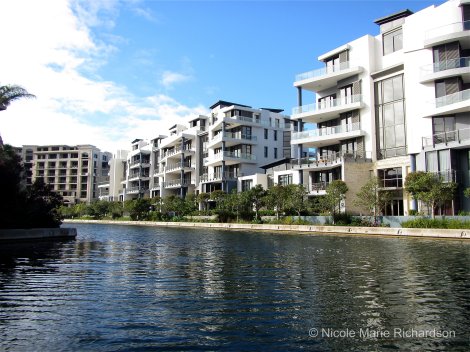 It was also here that we caught the boat to Robben Island and, although we bought our tickets online days before arriving in Cape Town, this is where you could buy tickets. During peak travel season however, tickets sell out weeks in advance. 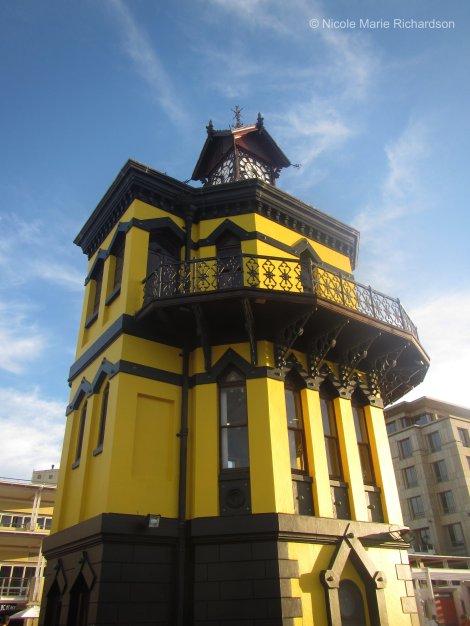 Our last night in Cape Town, after gorging on seafood almost our entire trip, we were in the mood for steak. We had an AMAZING time at Krugmann’s Grill, which offered more steak cut options then I’ve ever seen. It took us about 20 minutes and two waiters to decipher the menu and what cut of steak we wanted. No one was disappointed when the food arrived and we managed to squeeze in dessert too. 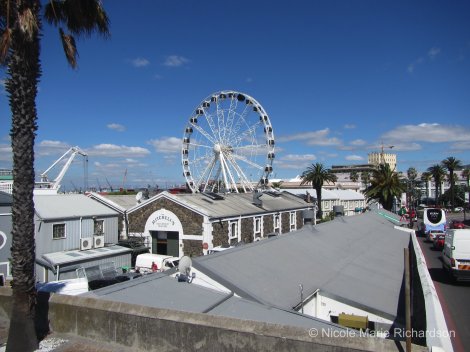 Some other restaurants we ate at while visiting the Waterfront? Cafe Alfredo serves a delish burger with fries, Moyo serves what they describe as modern sophisticated African cuisine and they paint your face with cute designs, (and although not at the Waterfront), two other restaurants worth mentioning is a nearby French place called La Mouette, and Zenzero in Camps Bay. 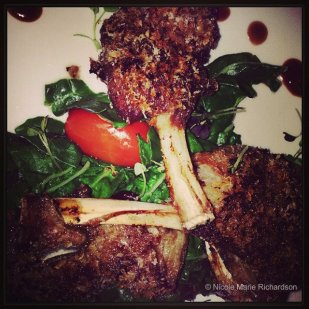 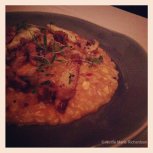 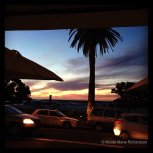 To top off my story about these culinary delights is the fact that every one of these places were affordable. You can eat a three-course meal with a drink for under $20 or about 200 rand. So plan to gain at least 5 to 10 lbs when you visit Cape Town.